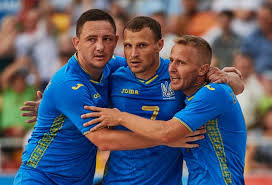 Football: the link of timesFootball has its history since the 12th century, and the birthplace of the sport is England. In the 12th century soccer played on the streets and squares, and the number…

The profession of a coach is multifunctional, if we speak in simple language, a coach, and especially a child, should be for his students not only a coach, but also a friend and a parent.

Equally important is the coach’s understanding of athletes. It involves the ability of the coach to penetrate into the inner world of students, to find the right form of treatment to them. The coach’s misunderstanding of the students leads to an aggravated negative relationship between them. Complicated relationship because of the disrespect of the personality of student preconceptions of a coach about the student, insufficient attention to him and his needs, unevenness and roughness of teachers, formality of tone, a raised intonation in the conversation, the variability in the mood of the trainer, so the first step is attention. END_OF_DOCUMENT_TOKEN_TO_BE_REPLACED

What the German football Association is doing for the development of Amateur football? (part 2) 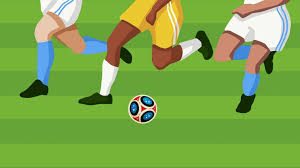 WHAT IS THE MASTER PLAN OF AMATEUR FOOTBALL?
Games Congress Amateur football 2012 born strategy for the future development of grassroots football. Her goal is to DFB, the national Association of County and effectively supports the clubs through targeted cooperation, strengthen a unique, global network of Amateur football available football clubs with offers.

“The source of strength of German football is grassroots, Amateur football, where clubs at the district and district level make up 95% of the total number of football clubs in Germany. We want to support and protect this resource, ” says DFB President Reinhard Grindel. END_OF_DOCUMENT_TOKEN_TO_BE_REPLACED

Sevastopol hosted the Central match of the round between the two favourites of the championship.

As the game showed, the teams differ in class, and very significantly. Of course, we could say that Sevastopol had to rehabilitate before the audience and coaches after a bad game in Chernivtsi. You can also say that the Alchevsk had no reason to go all out after a series of major victories. However, who would not say what, the team did not save power, and the game was just great. It was able to please both spectators and football professionals.

According to head coach, Alchevsk was going to stand in the first half, making some adjustments in the second… But so do all the teams coming to Sevastopol. But nothing they somehow did not work. Although playing open football with Sevastopol-even worse. So coaches choose the lesser of two evils. END_OF_DOCUMENT_TOKEN_TO_BE_REPLACED

Valery Nepomnyashchy:" even in this "Monaco" Golovin continues to progress. The most important link of the team!»— Probably, the score 3:1 in our favor would be more fair, - says Nepomnyashchy. But in principle this is fine. — But the start was record have... - Yes,…