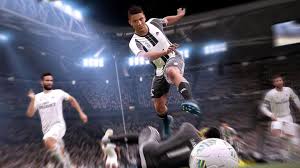 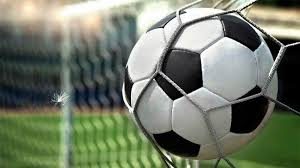 After the game Kokorin and Mamayev went to Moscow together to celebrate the 10th anniversary of friendship. On October 7 the main news was Khabib Nurmagomedov’s fight with Conor McGregor for a belt of the champion of UFC in light weight. Or rather, Habib’s jump into the hall after defeating the Irishman. On October 8, the hooligan antics of the players will Eclipse even Nurmagomedov’s expression.
Episode 2. The Beating Of Solovchuk

The company Kokorin and Mamaev made the younger brother of striker “Zenit” – 19-year-old Cyril, a friend of the midfielder, “Krasnodar” children’s football trainer Alexander Protasowicki, the driver and other Kokorin – Gennady Kuropatkin, and a mutual friend of the players – Karen Grigoryan. They first went to the Secret Room bar, where they stayed until about 2am. Then the party went to a night club “Egoist”. There they were joined by four girls. On the morning of Monday 8 October at the “Egoist” was a fight – Kokorina, Mamaev and Protasowicki beat the driver leading the “First channel” Olga Ushakova – Vitaly Solovchuk. Solovchuk was diagnosed with a broken nose, concussion, numerous bruises. The driver’s beating was caught on CCTV. The video spread all over the country.
Episode 3. Beating Pak
First, however, the media learned about another fight with the participation of Kokorin and Mamaev – the cafe Coffeemania on Bolshaya Nikitskaya street, which happened a few hours after the incident at the “Egoist”. After a verbal altercation, Kokorin Sr. hit the official of the Ministry of industry and trade Denis Park with a chair. After a few moments, the pack was attacked by the brother of the football player “Zenith”. All this can be seen on the video. In addition the Pack also in the “Coffeemania” hit US CEO Sergey Gaisin. The doctors fixed Pack cherepno-a brain trauma, brain concussion, bruises of extremities.
A huge scandal broke out. Especially as Kokorin and Mamayev got into an unpleasant situation not for the first time – in the summer of 2016 they became targets for criticism after they were noticed in a nightclub in Monaco a few days after the incompetent departure of the Russian national team from the European championship.

Pavel Mamaev and Alexander Kokorin.
System error. What is not made Kokorin and Mamaev
Episode 4. Police record and arrest
Kokorin, Mamaev and Protasowicki were invited to voluntarily appear before the magistrate until 18:00 on 10 October. Otherwise, they would have been put on the Federal wanted list. Mamayev arrived at the Main investigation Department of the Moscow interior Ministry to give explanations in due time. After a few hours, there were and Kokorin senior. Defendants in the case were detained for 48 hours, they were placed in a temporary detention center, and before that – interrogated all night. In the media there was a picture of Kokorin in handcuffs, which caused the next portion of criticism of striker “Zenit”.

11 October, Tver court of Moscow ruled to arrest the players, Kokorin, Jr., and Pratasavickaja until 8 December. They were placed in jail-2 “Butyrka”. On 18 October, the suspects were charged with two counts of “Hooliganism” and “Battery”.

The first appeal against the detention of the players and their comrades was rejected. As and subsequent. The arrest has been extended three times. First to 8 February, then to April 8, then to 25 September.

The meetings were constantly attended by relatives of the players. For example, mother Komarinyh – Svetlana. Often came Mamayev’s wife – Alana, as well as the girl Alexander Kokorin Darya Valitova. Have Komarinyh has its own support group – students from Kazan, who several times stood in front of the court buildings with posters.

As for colleagues Kokorin and Mamaev, many players have staged flash mobs in social networks (“the Freedom of Kokorin and Mamaev!”), but they did not lead to anything. It was also said about the intention to hold a rally in Sokolniki – allegedly from St. Petersburg specially arrived three buses with fans of “Zenit”. But the demonstration was not agreed.

April 3. Moscow. Alexander Kokorin in the courthouse.
As “Zenith” will go and Kokorin?
Episode 6. Life Kokorin
Alexander Kokorin was immediately bombarded with emails. On the website of the FSIN there is a special form, after filling in which you can send a letter to any prisoner. The service is not free (the more characters in the text, the more expensive), but it can be used by anyone. Then the letter is printed and sent to the addressee. Kokorin such letters send hundreds. He, as human rights activists reported, tries to answer everyone.

The Zenit forward was placed in a two-person cell. Neighbors changed – one, for example, wore a t-shirt with the symbols of “Spartacus”. According to human rights activists, problems in communication at Alexander didn’t arise with anybody. But his health deteriorated. Lawyers for the footballer have noted that Kokorin got a knee thing, which he treated in 2018 due to the rupture of the “cross”. According to representatives of the forward, the player faces disability. The doctor “Zenit” to Kokorin allowed only on April 24. Following the visit, the press service of the club said that the examination revealed a negative trend in the health of the player. “The situation is getting worse all the time, “the press service told SE. The doctor recommended to give Alexander the opportunity to conduct daily functional classes in the hall and pool, as well as to organize a more in-depth study using MRI. According to a member of the PMC Dmitry Chugunov, the prison administration promised to follow the instructions of the physician. Whether this was done is unclear.

Episode 7. Life Mamayev
The Krasnodar midfielder was also in a two-man cell, but then asked to be transferred to a 12-man cell. The fact is that prisoners who are in large cells are taken to the yard, where you can play football. In February in “Butyrka” organized the match concluded with the participation of Mamayev, to see which journalists were admitted. Getting there wasn’t easy. The press service of FSIN filtered the list of three hundred applications a few days. Many were refused. Played seven on seven. Mamayev spent a half for each team, scoring seven goals (one-a blow through himself in the fall).
April 9. Moscow. Alexander Kokorin and Pavel Mamayev.
Witnesses Kokoro
Episode 8. Trial, day one
The trial Komarinyh, Mamewah and Pratasavickaja essentially started on 9 April. Began most interesting-interrogation witnesses in the courtroom (if more specifically – Presnensky district court Moscow) in the presence of the accused. First on the questions of the Prosecutor Svetlana Tarasova (the so-called prosecution), lawyers, judges Elena Abramova and defendants replied Karen Grigoryan – the same friend Kokorin and Mamaev, who was on vacation with them the night of 8 October.

Importantly, that he said:

– The fight at the “Egoist” began with harsh words of Solovchuk “I have these males are not lucky.”

– The driver of the leading “first channel” the first hit Mamayev.

In Coffeemania on Kokorin’s lap sat a girl, they “like kissing”.

– Protasowicki told Puck that he looks like a Korean singer PSY, to which the official replied, “You have****s”

“After the fight, Kokorin came up to Puck and apologized, and they made up.

Then questioned Ekaterina Bobkova-the girl who joined the players in the nightclub “Egoist”. During the interrogation, she was confused in the testimony, although in General she said about the same as Grigoryan. But she gave a lot of bright quotes for the headlines. For example: “Alexander Kokorin is a Saint! Like an angel. Good boy, friendly”

The third witness, who appeared in court on April 9, was Igor Krasnov, who happened to be in “coffee mania”that morning. Most curious, what he said: 1) the injured senior was aggressive and after the episode with puck, several times turning to the rest of the audience: “is There a brave people? Let’s go outside and talk!”2) Park responded to the company of players” boldly and on equal terms.”

Alexander Kokorin in the hall Presnensky court.
Battle in court. As protected Kokorin and Mamaev, and how they are attacked
Episode 9. Court, day two
April 10 at the Presnensky district court was called Gennady Kuropatkin – driver and friend Alexander Kokorin. According to the witness, they are familiar with the football player since childhood.

Kuropatkin said Grigoryan and Bobkova: Solovchuk were named players of the roosters. He also confirmed that the driver of the leading “First channel” hit Mamayev first “palm, probably.” According to Kuropatkin, Alexander Kokorin wanted to extinguish the conflict at the club: “He ran, tried to pull people. He came to me and said: “everything, Everything”. Kuropatkin also denied the words of the witness Krasnov that the attacker “Zenit” in the “Coffeemania” called someone out on the street.

Other Kokorin questioned Barista “Coffeemania” – Andrew Ondrackova. According to his testimony, the company of players were strongly opposed to someone filmed what was happening in the cafe on video. One girl even threw a man in the face of whiskey and coke, so that he stopped shooting. The girl was acting “superadequacy”: beat ware, and called herself the Empress.