How to behave like Kokorin and Mamaev free. Attorney Paul explained everything 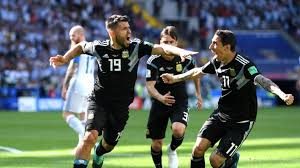 — I as the defender of Paul, I am glad for him personally, for the brothers Komarinyh, relatives, fans and all the supporters that have experienced and watched these judicial UPS and downs, — said Bushmanov. – I hope that the guys quickly adapt to normal life in freedom and everyone will continue working. Also, I hope that both Alexander and Pavel will be able to return to the sport and will please us with their achievements, despite all the hardships and obstacles. In human terms, they have shown that they are real men and athletes-even in the conditions in which they were for almost a year. Kokorin and Mamayev in prison found an opportunity to show what sport is and how important it is for a person in isolation. Perhaps with their help, the FPS will create some kind of rehabilitation program that will allow in jail or colonies sports. This will benefit both the prisoners and the society, which will be able to get healthy people on the way out, and not crippled and morally depressed.

– Mamayev and Kokorin will be released on September 17?

– Yes, the judgment comes into force in 10 days if during this time the appeal from Prosecutor’s office doesn’t arrive. If this is not the case, the release will take place on the 11th day after the trial, in the daytime. Children will be handed copies of the resolution which entered into legal force, other documents. After that, they will be released from serving their sentence. Then they must register with the division by place of residence, and then confirm by his behavior that the right to PAROLE not given in vain. In addition, they will need until the end of the term once a month to check with the inspector, who will be assigned to them at the place of residence.

— Will they be able to travel abroad before the end of probation?

– If such a need arises, the issue is resolved by submitting appropriate applications and appeals. I have in practice had many such cases, with the proper behavior of the applicant body, which oversees the execution of punishment, does not cause any obstacles.

— What else, besides the monthly visit of the inspector, should the players do under the terms of PAROLE?

— Behave normally, to prevent the offenses that can lead to the abolition of parole.

— What happens if one of them breaks the terms?”

— This is a rare case, given the identity of our clients and their way of life, this can not be.

— However — that in principle faces for violating the terms of PAROLE?

– If a person has committed some immoral act or violated the law during the period of PAROLE, the service for the execution of punishments has the right to apply to the court with a request to cancel early release. Such request can be resolved only by court in the place of new serving of punishment, that is, in the residence of each of persons involved. Pavel is registered in Moscow, respectively, if he violates something, it will be considered in the capital.

Press attache Of the Academy of football club " Dynamo "(Moscow) - about his workNatalia Kholodova, the soul of the Dynamo Academy, shared her thoughts about her favorite work in the popular format of the thread: 1 like - 1 fact. It turned out…