Rabiner — the return of Kokorin and Mamaev 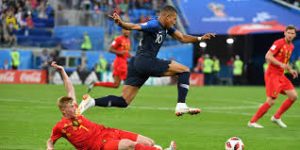 I am glad that the prison-camp stage in the history of Alexander Kokorin and Pavel Mamayev is over BEFORE they became their own in the colony, dissolved in it, absorbed the local coordinate system. UDO seems to me the right and natural solution. The players have had enough. And according to their interviews in the colony, especially Mamayev, it seems that all experienced great set their brains. However, until this-not more than words.
Now I wonder how what happened will change their personalities and affect their destinies. Eduard Streltsov after coming out of a much longer and harsher imprisonment twice became the best football player of the USSR, and let it be another time, this example should show them that nothing is impossible.

I understand very well Sergei Galitsky, who has a huge and beautiful football Academy, and therefore had no moral opportunity to leave Mamayev in Krasnodar, because it would be a very bad message for hundreds of her boys. Paul himself, as he plainly said, also understands Galician and does not feel the slightest resentment against him.
For some reason it seems to me that Mamayev will quickly return to a decent level in the big game, although legally it will take him more time than Kokorin, who is in the status of a free agent and is able at least the next day after leaving Alekseevka to sign a new contract with the same “Zenit”, which, in my opinion, dooms itself to reputational risks. And Sergey Semak, who morally supported it strongly, Kokorin has repeatedly expressed gratitude. She must help him to quickly get used to the new in the Specific and on Krestovsky island. At Mamaev will be a new club, a new reality, but somehow, externally, by the statements, the tone one gets the feeling that Paul collected more and more determined.

However, life is not limited to football. And really we will understand how this story influenced Kokorin and Mamayev, in 15-20 years, when their careers as players will be long behind, and we will have to choose new ways in life and implement them. It will be the hardest, and then we will understand where the thread from 2018-2019 reached.

Valery Nepomnyashchy:" even in this "Monaco" Golovin continues to progress. The most important link of the team!»— Probably, the score 3:1 in our favor would be more fair, - says Nepomnyashchy. But in principle this is fine. — But the start was record have... - Yes,…