FC Sevastopol 2-0 FC "Steel". Analysis of flightsSevastopol hosted the Central match of the round between the two favourites of the championship. As the game showed, the teams differ in class, and very significantly. Of course, we…

Rabiner - about the successful start of the youth team of Russia in the selection for Euro 2021Great win by the team against Serbia. Applause for Mikhail Galaktionov, who built a great football team, and the players, who performed everything perfectly. And if the outcome was 3:…

Russia made “Hampden Park” to shut up 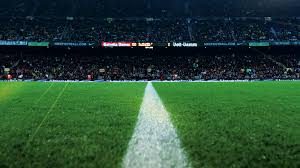 “One big win»
The lone bagpipes were screaming somewhere on the way to the stadium. Before the game the Scots Russians had two and a half hours, slow the British at that time either have finished working day, or drank a case of beer in the bar — Piper played to single passers-by. Next he supported the guy. Looked: on the guy’s t-shirt!

— These are guys from our team, they collect money for tournament in Poland, — the woman standing near in Russian explained, having seen my wide eyes. – A guy in a t-shirt CSKA-my son. We moved here 14 years ago, he was born in Scotland. But he speaks Russian and today he is rooting for Russia!

While talking, the fans increased. There was no excitement in Glasgow in the middle of the week or the day of the game. No posters, no ads on the screens. No queues at the ticket offices. The sellers of merchandise in despair, asked to buy a scarf or something — evening for their business promised to be a failure. There was a feeling that Scotland did not need the match at all.

This was confirmed by the press conference the day before. Local reporters were always asking Steve Clarke about reviving interest in the national team. Unlike other British countries, the Scots have not achieved results at the international level, and came in may Clark had to change everything. “We need one big win for you to believe in us, “Liverpool defender Andrew Richards promised.

September 4. Novogorsk. Nikolai Komlichenko (left) and Alexander Golovin in training for the Russian national team.
Scotland-Russia. Whose hearts are braver?
The main secret of the Scots
Everything changed exactly an hour before the game. The Scots finished, went home — and the whole centre of Glasgow was filled with men in kilts. It was a pity to look at them; it was cold in Scotland now. Normal people go in down jackets, and here-a skirt and bare legs. Even the sight of these people made us feel cold. But they didn’t care; two pints of beer or a few glasses of whisky made the cold go away.

Despite a fair amount of drinking local guys around almost no law enforcement. Rare two-man police outfits, that’s all. So popular in the UK Russian fans here for some reason were not afraid, although Glasgow reached a decent number — about five hundred people. Our, to their credit, behaved well: I was photographed with bagpipers, singing songs. And from the traditional passage through the city with flags of Russia refused.

Pipers walked around the stadium for a reason. One of them sang the national anthem of Scotland, taking the field next to the players. It was powerful!

One man takes and the whole stadium (there was only an empty podium outside the gates) sings the national anthem. At this point, you understand why the Scottish national team has not lost at home in official matches for four years. Bagpipes – that’s the main secret of Robertson and his partners.

September 5. Glasgow. Stanislav Cherchesov and Artem Dzyuba.
Stanislav Cherchesov: “we Don’t want to do mathematics, but this game is for six points»
Zhirkov and Dzagoev got Guilherme
The bagpipes are to blame or not, but with the starting whistle the hosts rushed to score. Yes, so fiercely that already in the second minute could get to their goal: Gerrard with 11-meter mark goalwards, but slightly above the gate. Veteran team suddenly came to the extreme positions of the striker. Whether Cherchesov has impressed his goal “Spartak”, whether he was dissatisfied with the form Cheryshev. I have to say: with Zhirkov head coach just guessing.

At the same time the Scots pressed hard, earned a couple of corners and eventually scored. Fraser’s canopy was not particularly dangerous, but Guilherme let go of the ball. McGinn was first on the rebound and didn’t miss. The stadium began to sing, dance and shout. For a few minutes Scotland believed in their team again! On spirit the owners have created a few more chances.

Only by the end of the first half did the Russian team start to regularly keep the ball in the wrong half of the field. And, symbolically, the star of the team, Robertson was responsible for a retaliatory goal: kicking the ball after the passage of Golovin, he was in the film. Artem confidently shot past Marshall, and equaled the goals for the national team with Roman Pavlyuchenko.

At half-time, Hampden Park flexed his vocal cords once more, but for the last time that evening. Immediately after the break, Stanislav Cherchesov’s team rushed forward. Soloed Golovin: twice he nearly scored, and then helped to do it either Zhirkov or not O’donnell caught up with him.

Scotland’s oldest stadium had to be silenced. From that moment he exploded only rare curses at their players, but a little perked up in the compensated time, when the British a couple of times hung in the penalty area. All this was useless — the” big victory”, which opens the way for Euro 2020, remained for the Russian team.

Nikolay Pisarev: "Inflated salaries in our football are not a consequence of the limit»"Chertanovo" — our Bilbao — As a former sports Director of the RFU and ex-coach of the youth national team of Russia can you formulate the main problems of youth…