Mário Fernandes has eaten the winner of the Champions League from Liverpool. Catch proof 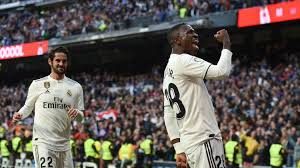 Style of play
Both Robertson and Mario Fernandez are attacking defenders. In clubs and national teams they are constantly on the move, often with the ball in someone else’s penalty area. This meeting was no exception, although the opponents acted differently. Card actions of players shows that Mario Fernandez was more attached to his brow and shifted to the center only on penalties. Robertson often was polyflame and tried to narrow the visitors ‘ defence.

Action map of Robertson (left) and Mario Fernandez in the Scotland — Russia match.
Scots and Russians committed roughly equal the number of canopies — 22: 19 in favor of hosts. But it is characteristic that only two British innings reached the goal, and we have six. The hosts remained committed to the sheds throughout the meeting, and Robertson made the most-six. However, none of the innings of the captain of the hosts was accurate, and among the four Fernandez-one on target. But it is important not accuracy, and time: Russian Brazilian all four of his did to 18 minutes, when our team looked bad. In General, 74 percent of all 19 canopies of Russians came in the first half. After the break we gave them up and played differently.

Precision gear
In the second half Fernandez began to pass much less. He made 46 assists in the first half and only 13 in the second. But it was in the second half came both blows: the first blocked, and after the second ball hit the crossbar. Robertson took only an indirect part in the attacks: he never struck himself and did not give a single pass under attack.

With accuracy, the Scot also had problems — only three-quarters of his passes became accurate, and this is the worst figure among defenders. But Robertson justifies the few number: one of two teams would not have made 80 assists. In second place Kudryashov — 60. Fernandez did not show the highest quality of passes, but surpassed Robertson (83% accuracy against 76%).

Single combat
It is significant for this meeting that both players for two made only one stroke-Fernandez in the wrong half of the field failed to pass just Robertson. However, our defender was difficult in that episode — he took the ball with his chest and had little chance to handle it in a duel with one of the best defenders in Europe.